Just sharing some writing with you. Not sure exactly what it is. Perhaps the start of something? I don’t know. Does it bear resemblance to my own experience, you ask? Yes, yes it does.

The concern in his eyes was clear.

It may have just been a fleeting exchange between two strangers, but I could see the regret he felt at having to bring me here. “Take care of yourself,” he offered as he gave the gurney a shove, jumpstarting the wheels into motion. I watched him follow the nurse out to the sound of the wheels’ rhythmic squeak. At least you can leave, I thought.

In that moment the severity of my situation finally registered. What had started off as a day with a seemingly normal trajectory had quickly spiraled into one that would significantly colour the rest of my life. A seasoned ambulance attendant had concern in his eyes for me and I began to question my convictions.

Hugging my knees to my chest, I pulled into a protective ball, drawing inward as an attempt to ground myself while the room swam around me. I closed my eyes willing the swirling to stop, but it kept on without pause. Normally I could recede into my own thoughts, my own personal awareness and draw comfort. I would banish the outside world and listen for inner guidance, but that hadn’t been working of late. Increasingly the respite I found inside myself had become overrun and crowded out by random, directionless thoughts, shooting off in different ways reaching and grasping for a stronghold never to find one. The busyness of it all was driving me mad.

Still huddled and protected, I peeked through one eye hoping that maybe I had dreamt everything, maybe I was waking from a nightmare with beads of sweat rolling down my chest. In a moment I would realize that none of this was real and instead wake up to reality. I had felt duped by my perceptions of what constituted ‘real’ in the recent past, the hope was this was another one of those deceptions. And yet when I scrutinized my surroundings the nightmare just wouldn’t go away.

I was perched uncomfortably on the edge of the bed the way one might sit in an unfamiliar place. It was as if I was waiting to be welcomed, invited to ‘make myself at home’. But no one was rolling out the welcome mat, least of all the woman who lay in the bed next to mine. She was lying flat on her back, staring up at the ceiling like she was in her own little universe. Since my ambulance entourage and I had entered the room, she hadn’t moved an inch. The fact that she appeared to have no awareness of my presence unnerved me. And since it was clear we were living in different worlds at that moment, I wasn’t going to try to make her acquaintance. Instead I shifted backwards, attempting to shrink into the wall behind me imagining my powers of invisibility would shimmer as I became one with the cold cement cinderblocks at my back.

I twisted the sheets between my fingers for comfort, finding solace in a repetitive motion much the same way twirling strands of hair soothed me as a child. The familiar scent of laundered sterility wafted upwards invoking memories of hospital visits of the past. Until now my only hospital stays were for the births of my children, but countless other times I had been the dutiful caregiver perched at the bedside, awaiting the smallest of requests. I can remember in those moments thinking, with morbid curiosity, who would come to my bedside if the tables were turned? I wondered who would send flowers. Who would call? Who would fulfill my requests?

I didn’t figure this for a place where visitors willingly ventured. There were no cards on the tables beside us. No flowers, no well wishes. I couldn’t imagine visitors making a daily pilgrimage here, perhaps just the odd loved one struggling to make sense of this place.

And then as if masterfully planned by the big man upstairs, my real life caught up with my thoughts. The heavy steel door that welcomed visitors into our pod buzzed and clanged as it permitted a brave entrant to pass. Immediately I felt our collective curiosity pique the same way the turning of a key in the lock excites a dog who has spent the day alone.

“She’s just in through here, follow me. She hasn’t been here long. In fact, I haven’t even had a chance to get this bracelet put on yet.” A full-bodied nurse strode into the room, purposeful and confident. She came right to my side and sat down on the edge of the bed next to me. “Hello Mrs. Harlowe, my name is Carole. I’m one of the nurses in this unit and I’m going to be looking after you tonight.” She talked as she fastened an ID bracelet to my wrist. “You won’t be needing this bracelet from the Catori Hospital anymore. I’m just going to snip that off. There we go. You’re all set. And I’ll leave you to your visitor now.” She stood swiftly and made her way out.

“Thank you,” I whispered after her, but she was already gone.

At the edge of the room, more out than in, stood my husband. Our eyes met and I sunk under the weight of my guilt. He was scared and I was to blame. I watched him scan the room, taking in my roommate. She wasn’t awakened from her state by Pete’s presence either and I could tell this made him uncomfortable.

He pulled a chair from the corner of the room and sat directly across from me. Pete beckoned me closer by reaching out with his hands, he wanted to touch me. I moved towards him and put my hands in his.

“Hey.” Pete smiled, a bit tenuous and unsure. “How are you feeling now?”

“Yeah, the doctor said it wouldn’t take long for the meds to kick in. You’ll probably want to sleep soon. Do you want to lay down?”

I nodded my head, closing my eyes in agreement. I shifted my weight and crept towards the head of the bed folding my toes under the edge of the sheet. Pete pulled it up to my shoulders and tucked it around me. Then I felt the weight of a blanket as he laid it out gently. I moaned wistfully as my consciousness began to shift and slip into the lightness of sleep.

Pete dragged the chair further along the bed and the feet squeaked pulling me back into his reality but for a moment. I heard him sigh as he sat beside my bed.

“Nev,” Pete whispered. “This isn’t gonna be a long stay here, alright? You just need some time to rest and slow down. Then I’m gonna come and take you home.” I heard his voice waver a bit. He cleared his throat before leaning in closer. His breath mixed with mine as he nuzzled our noses together in our familiar ‘kiss’. The drugs were working their magic. I could feel sleep calling me, reassuring me with a lightness where worries weren’t tolerated.

4 responses to “Getting Grounded”

© Sarah Hutchison and RootsB4Branches, 2014-2015. Unauthorized use and/or duplication of this material without express and written permission from this blog’s author and/or owner is strictly prohibited. Excerpts and links may be used, provided that full and clear credit is given to Sarah Hutchison and RootsB4Branches with appropriate and specific direction to the original content. 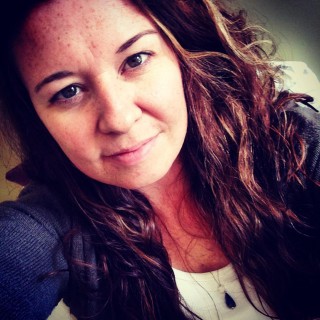 Five years ago, life handed me an unexpected gift. It wasn't wrapped in pretty paper. And at first I didn't want to have anything to do with it. But the time has come to out myself. I am a writer and an artist. I am a mother. I am a loving wife. I am a devoted sister, daughter and friend. And I live a full life. And oh yah... I have bipolar disorder. Read the hopeful stories I tell on my blog at www.rootsb4branches.org.